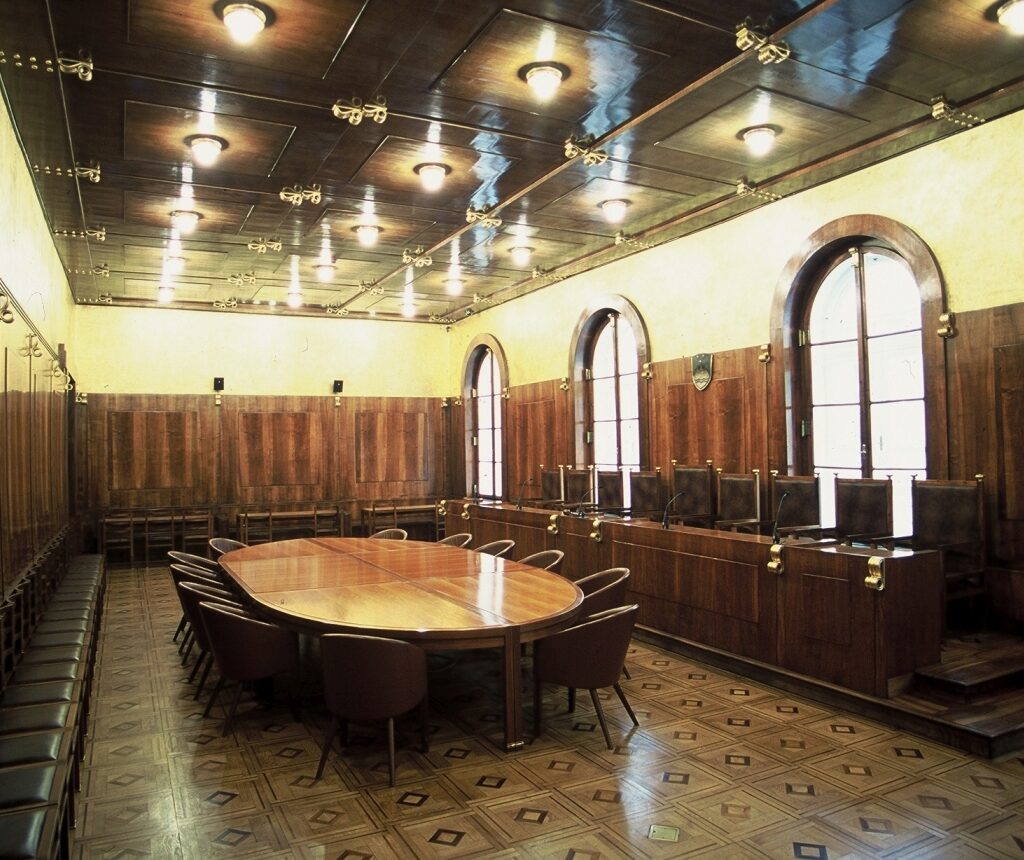 Therefore, in the case at issue the Constitutional Court first had to ascertain the meaning, i.e. the content, of the constitutional terms “defence of the state” and “security”, and had to determine the content and approach to the assessment of the requirement that the measures for ensuring these constitutional values be urgent. It established that the wording “to ensure the defence of the state and security” in the first indent of the second paragraph of Article 90 of the Constitution does not only refer to situations wherein the state is under a threat of military aggression or some other violation of its territorial inviolability and sovereignty, i.e. situations wherein national security is already under serious threat, but must instead be understood as a positive obligation of the state to actively monitor the situation in the field of the defence and security of the state and to adopt the necessary measures in relation thereto that ensure the continuous ability of the state to defend itself, without interruption, from the aggression of other states, on the one hand, and which in the spirit of a policy of peace and non-violence contribute to averting aggression and to maintaining peace (the preventive function of defence), on the other. The constitutional concept of defence also includes the duty of the state to observe the adopted international obligations both as regards the state of its defence system and also cooperation in international efforts to prevent armed conflicts regionally and globally, and to ensure and maintain peace.

With respect to the term “security”, the Constitutional Court established that the Constitution does not contain specific provisions that would substantively define this term. As regards the substance thereof, it can only be established at the constitutional level that the term “security” is not synonymous with the term “defence”; hence, the content of “security” is different than that of “defence of the state”. On such basis, it can be established that the efforts of the state to ensure defence are directed outwards, while the efforts to ensure security are directed inwards (e.g. when protecting the state border and when carrying out other police powers to ensure security on the territory of the state).

The central question when interpreting the first indent of the second paragraph of Article 90 of the Constitution was how to understand the term “urgent”. The Constitutional Court established that in assessing the urgency of measures it is not the characteristics of the procedure for the adoption of a law on urgent measures that are decisive; instead, irrespective of the nature of the legislative procedure, the term “urgent” must be interpreted in a substantively and constitutionally autonomous way. In the assessment of the Constitutional Court, urgent measures are those measures that must not be abandoned or delayed because otherwise unwanted (harmful) consequences would occur, i.e. measures without which the defence and security of the state cannot be sufficiently ensured. Hence, urgency is the criterion whose application in a concrete case depends on factual circumstances that refer to the questions of which measures or types of measures are envisaged as urgent, in what time the measures can be realised, i.e. carried out, which harmful consequences would allegedly occur in the field of the defence of the state or security without those measures, and how serious (how intensive) such would be, what the nature of the threat, i.e. the danger of them occurring, is (whether the possibility is real or hypothetical), and in what time the consequences would allegedly occur. From the concrete circumstances, it also depends whether the effectiveness of the measures would already be affected by postponing the entry into force of the law (due to calling and carrying out a referendum) or by the possible rejection of the law in a referendum. Since the assessment of the urgency of measures depends on factual circumstances and is in this respect a factual question, the facts that demonstrate urgency must be convincingly substantiated.

The key building block of the defence of the state within the meaning of its defence capability and power (both nationally and within the system of collective defence) is the preparedness and equipment of the Slovenian Armed Forces. It must be such that it ensures at least the satisfactory defence capability of the state, which means that it must at any moment (even in peace) be able to avert any attacks, to defend the independence and integrity of the state, and to cooperate in the system of collective defence. In the assessment of the Constitutional Court, as regards ensuring the preparedness and equipment of the Slovenian Armed Forces, it also has to be taken into consideration that this is a continuous process and that individual major investments cannot, as a general rule, be carried out in a short period of time. According to the Constitutional Court, it is therefore essential for the assessment in the case at issue whether due to the rejection of the challenged Act in a referendum a delay could occur for a longer or indeterminate period of time as regards urgent medium-term investments in the Slovenian Armed Forces.

The Constitutional Court stressed that it can only assess whether the National Assembly and the Government presented reasonable grounds (i.e. facts, circumstances) from which it follows that the preparedness and equipment of the Slovenian Armed Forces are in such a poor state that, without further delay, short-term and medium-term investments are necessary in order for the satisfactory defence capability of the state to be progressively ensured (the test of reasonableness). The assessment of the urgency of measures at the level of the reasonableness of the alleged facts presupposes that the Constitutional Court, as a general rule, does not have doubts as to whether the planned measures are based on expert criteria, and it only addresses expert questions at the level of manifest unreasonableness. Hence, the purpose of a constitutional assessment of whether investments are urgently necessary to ensure the defence of the state can only be the integral assessment of whether investments in the Slovenian Armed Forces are urgently necessary due to the poor state of their equipment and consequently their unsatisfactory defence capability.