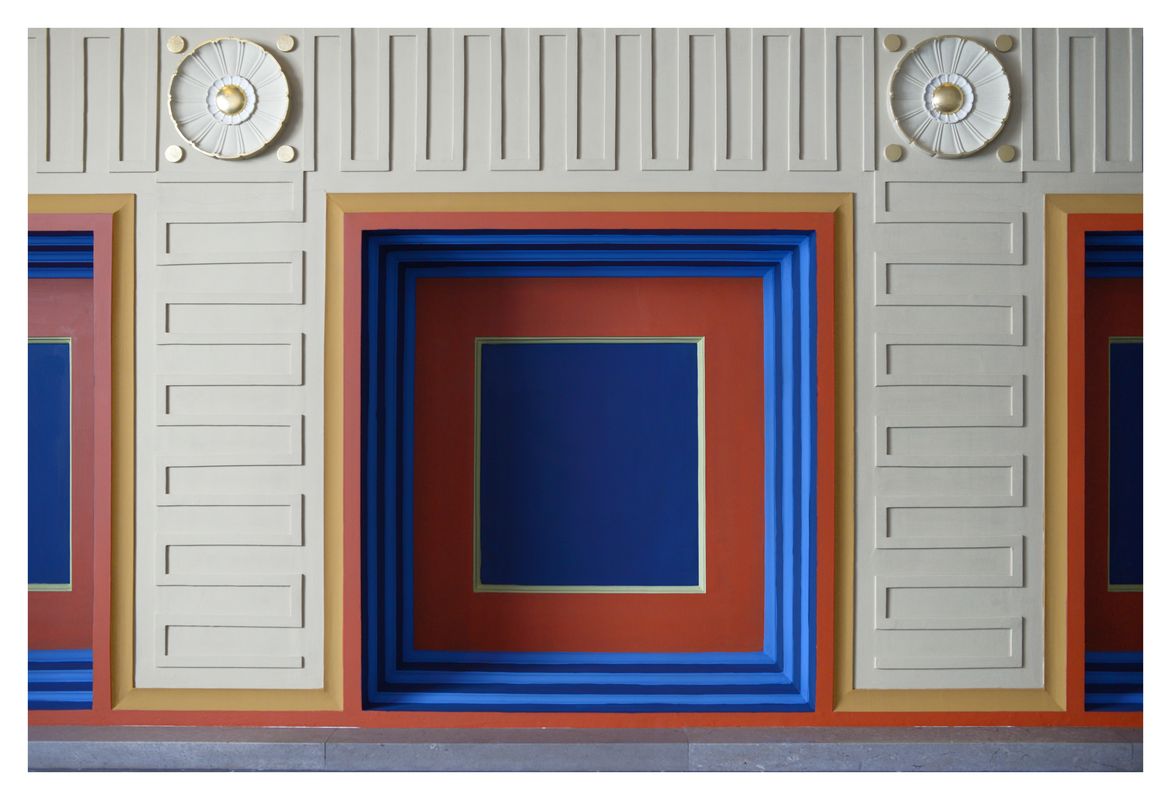 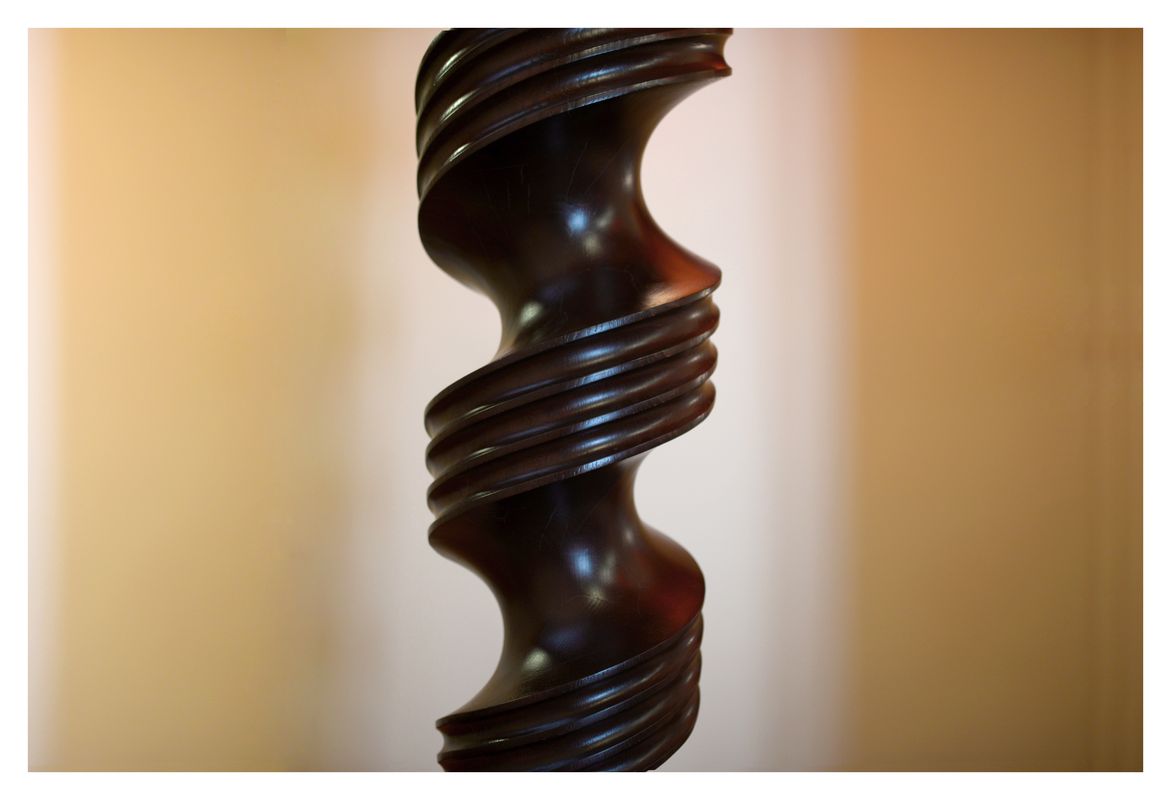 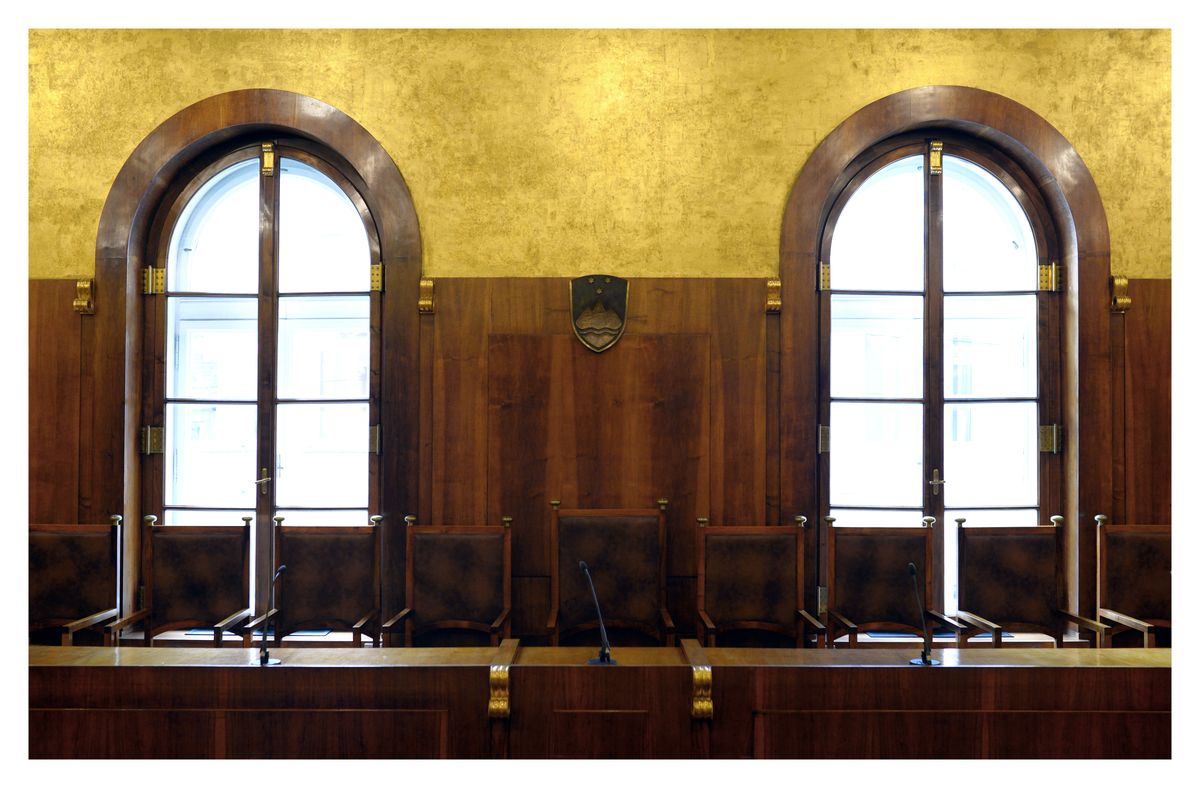 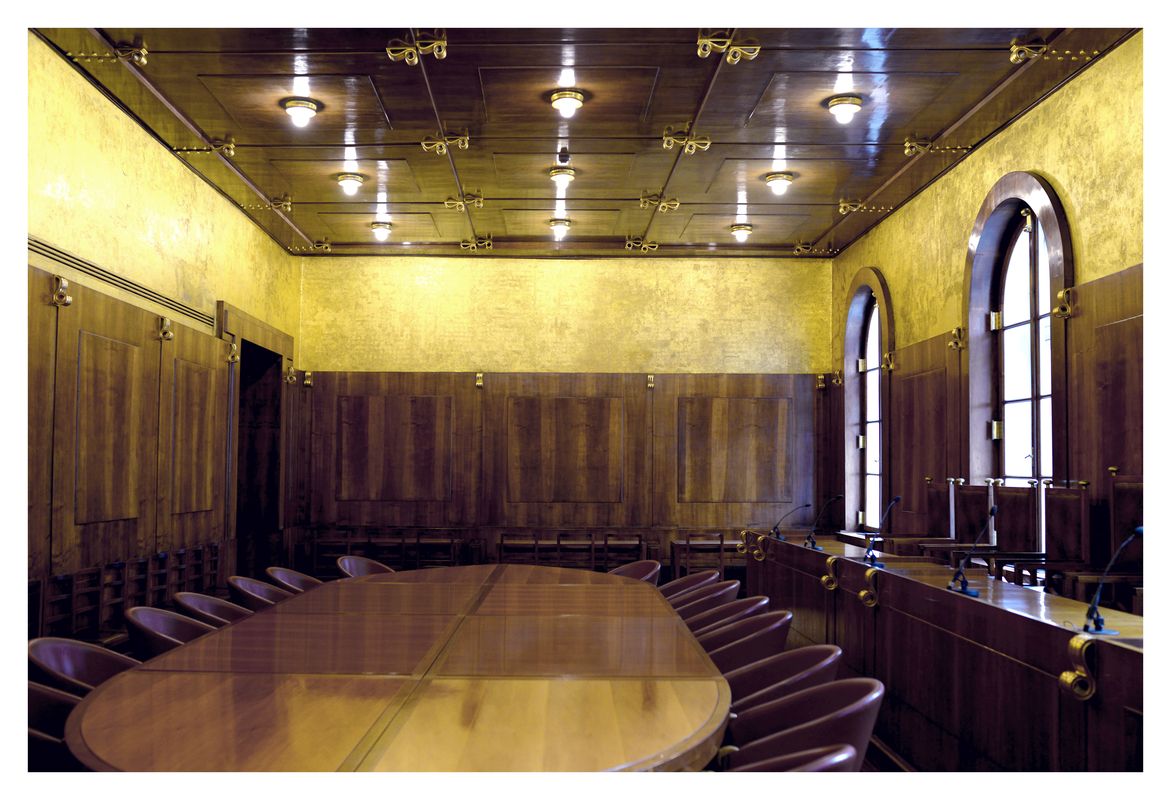 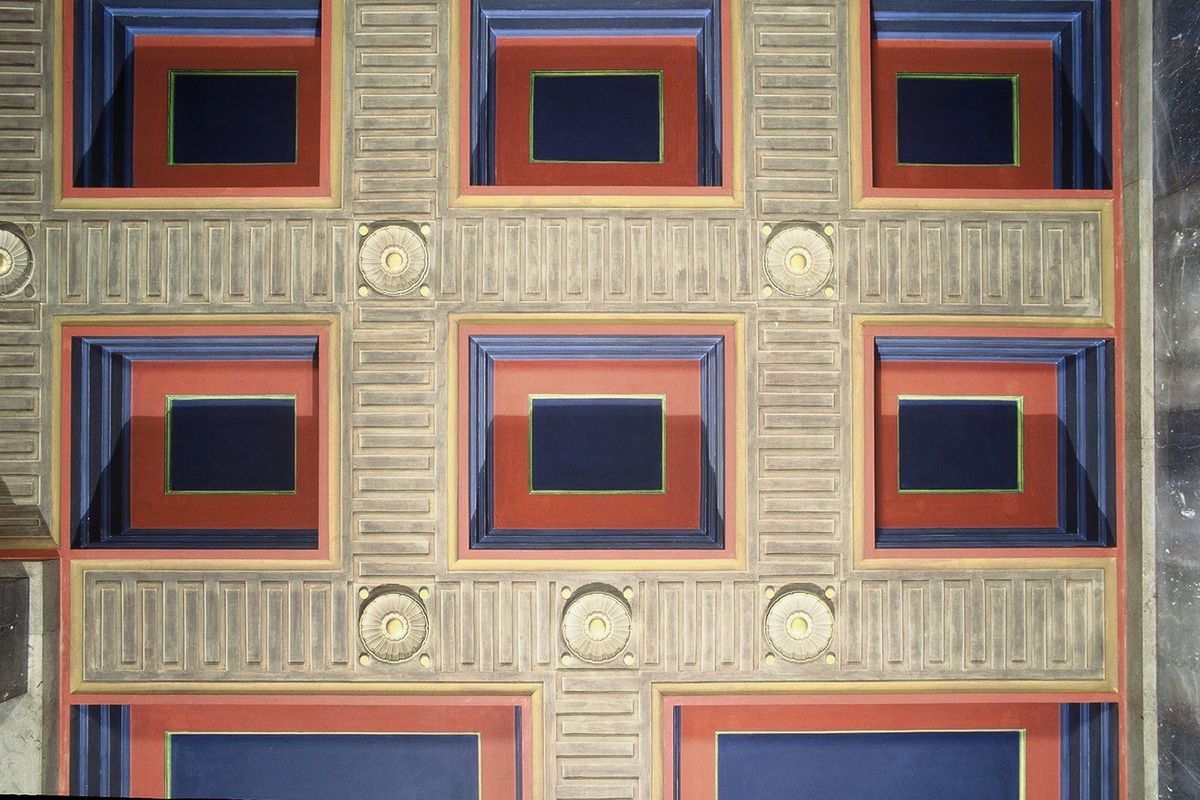 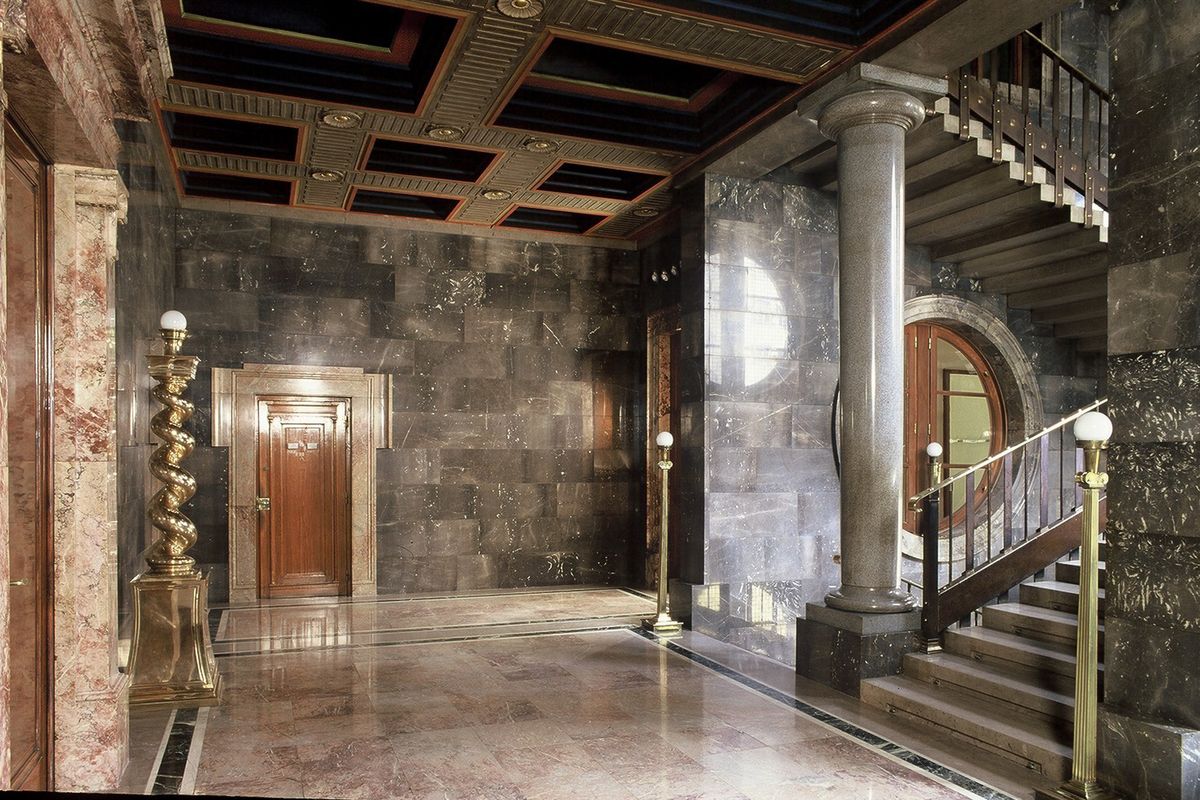 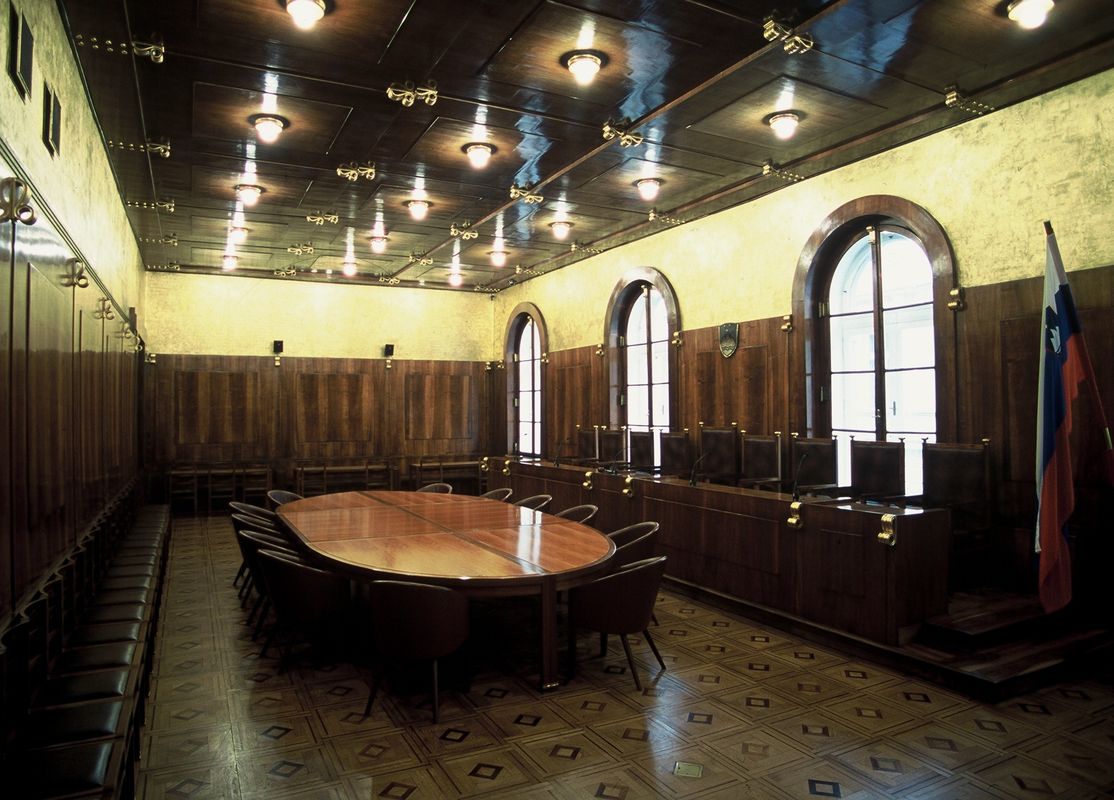 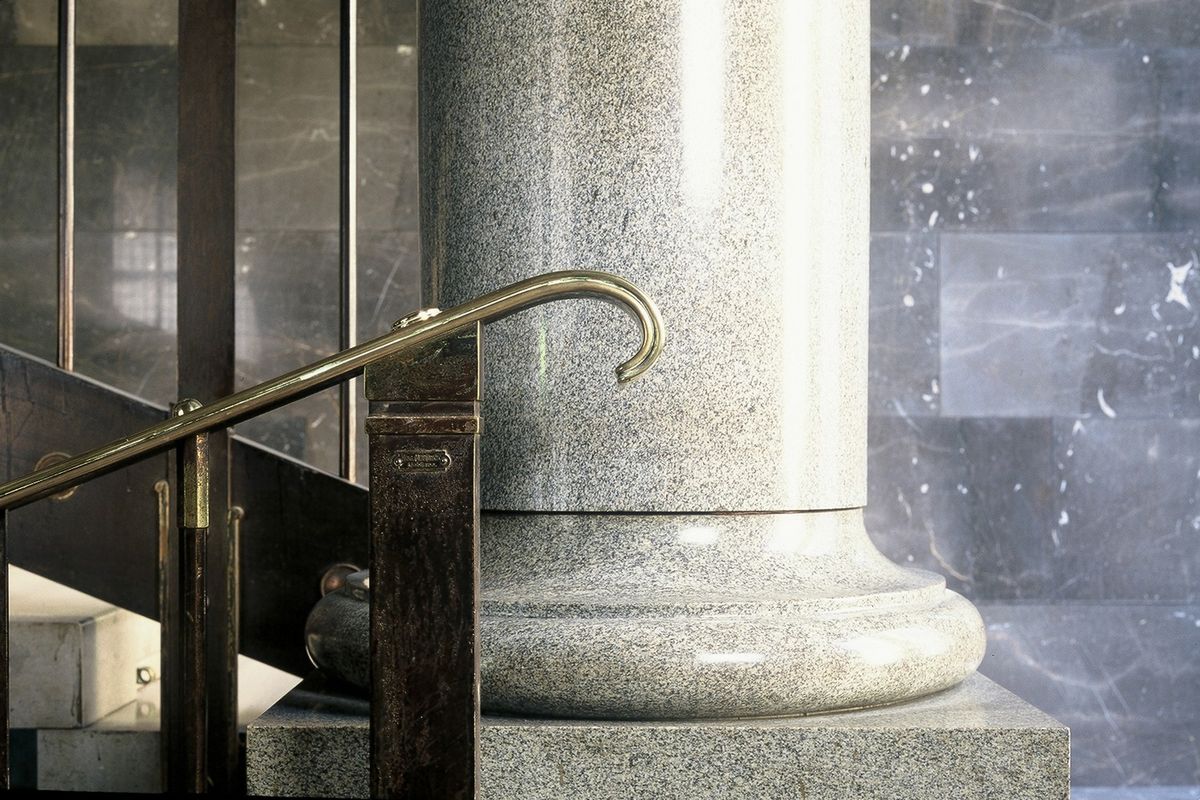 The exterior of the seat of the Constitutional Court, also called Plečnik’s Palace, by no means prepares visitors and admirers of architecture to the splendour and beauty of its interior.

Built in 1882 in Renaissance style with accentuated rustic work on the ground floor, its reconstruction for the needs of the Chamber of Trade, Craft and Industry in 1925-1927 represents a corner stone of 20th century Slovene architecture, due to the greatest Slovene architect, Jože Plečnik (1872-1957). Based on Plečnik’s ideas and sketches and under his supervision, the reconstruction was planned and carried out by his assistant France Tomažič.

The exterior of the Palace has remained practically untouched, and in the interior every detail of the Palace, renovated in neo classicist style, has a certain symbolic meaning that links modern architecture to its classical foundations, which also Slovenes, in Plečnik’s opinion, are heir to.