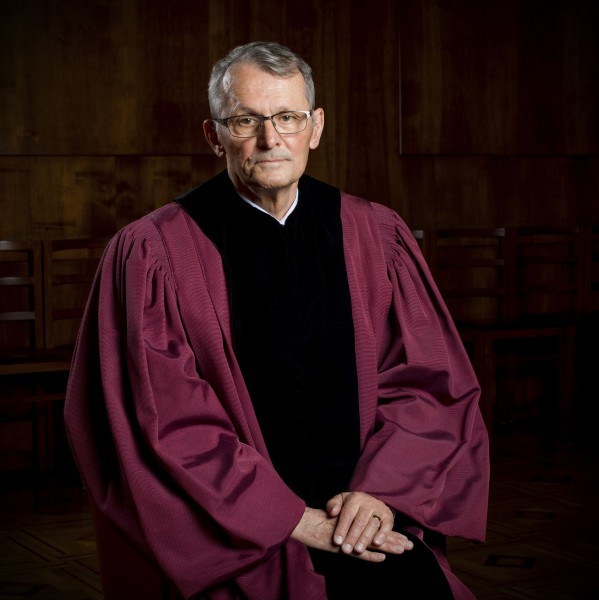 From 1970 until 1971 he was an intern at the Ljubljana District Court, and subsequently an advisor and judge at the Municipal Court I in Ljubljana. Since May 1973 he has worked at the Faculty of Law of the University of Ljubljana, first as a teaching assistant, starting in 1982 as an assistant professor, and in 1987 as an associate professor. Since 1993 he has been a professor of Philosophy and Theory of Law and State (for the subjects Introduction to Jurisprudence, Philosophy of Law with the Methodology of Legal Argumentation, Theory of Law, and Theory of State). He retired on 31 December 2016.

In 1997 he wrote Teorija prava [Theory of Law], the first comprehensive work in the field of theory of law in the Slovene language. In 2015 the 5th revised and supplemented edition of this book was issued. He is particularly interested in the interpretation of the law and the arguments underlying legal decision-making. He addresses these issues in Argumentacija v pravu [Argumentation in Law] (first edition: 1991, reprint: 1998; third, revised and supplemented edition: 2013). In the eyes of critics, this monograph represents “a new way of thinking and writing in Slovene legal theory” (V. Simič). In a slightly modified form, the monograph was also published by Springer Publishing (Juristisches Verstehen und Entscheiden, 1993).

In 2011 Steiner Verlag (Stuttgart) published his book Auf dem Weg zum Maß des Rechts [On the Way to a Measure of the Law]. The book consists of a selection of 14 scientific articles (in German and English) from the period 1997–2010. In 2015 GV Založba published his bilingual monograph Čista teorija prava kot izziv / Reine Rechtslehre als Anregung [Pure Theory of Law as a Challenge], and in 2017 the work Iskanje opornih mest [In Search of Points of Reference], a collection of his contributions published over the last ten years.

He is also the co-author and (co-)editor of numerous books: Temeljne pravice [Fundamental Rights] (1997), Ustavno sodstvo [Constitutional Judiciary] (2000), Pravna država [Rule of Law] (2009), and (Ustavno)sodno odločanje [Adjudication (before Constitutional and Regular Courts)] (2013). He is also the co-author and editor of the lexicon Pravo [Law] (first edition: 1987, second, extended and amended edition: 2003).

His conviction that law, like any science, has to thoroughly consider the findings of previous generations is reflected in the publications of Država [State] by Leonid Pitamic (with an accompanying study; 1996, 2009), the selection of treatises Problem realnosti prava [The Problem of the Reality of Law] by Boris Furlan (along with an introductory discussion; 2002), the collection of fifteen selected treaties by deceased Slovene scientists Izročilo pravne znanosti [The Tradition of Legal Science] (2008 – with an introductory study), and the bilingual selection of Leonid Pitamic’s treatises Na robovih čiste teorije prava / An den Grenzen der Reinen Rechtslehre [At the Limits of the Pure Theory of Law] (together with an introductory study; 2005, reprint: 2009).

He is the editor of the book series Pravna obzorja [Legal Horizons] (since 1994), a collection of Scientia/Iustitia (since 2003), and a member of the editorial boards of several journals. From 1995 until 2009 he was editor-in-chief of Zbornik znanstvenih razprav − Review of Scientific Monographs of the Faculty of Law of the University of Ljubljana. Since 2011 he has been a member of the Executive Committee of the International Association for Legal and Social Philosophy.

In 2001, he received the Zois Award for outstanding achievements in legal sciences. In 2003, he was elected an associate member of the Slovenian Academy of Sciences and Arts, and a full member in 2009. He has been a member of the European Academy (Academia Europaea) since 2010, and an international correspondent member of the Hans Kelsen Institute in Vienna since 2012.

He commenced duties as judge of the Constitutional Court on 27 March 2017.

(A more detailed biography, including a bibliography, is accessible on the website of the Slovenian Academy of Sciences and Arts.)