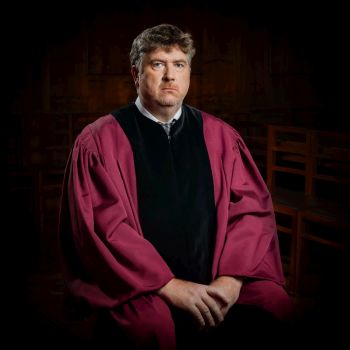 Prof. Dr Rok Svetlič (born 5 April 1973) enrolled at the Faculty of Law of the University of Ljubljana in 1992. With a view to deepening the theoretical basis of his legal studies, in 1994 he also enrolled at the Faculty of Arts of the University of Ljubljana (philosophy study programme). He completed his studies at both faculties. In 2002, he finished his Master’s Degree in philosophy and in 2005 a Doctorate of Philosophy. Under the mentorship of Acad. Prof. Dr Tine Hribar, he wrote his PhD dissertation on Ronald Dworkin’s philosophy of law. From 1998 to 2001, he participated as a student in symposiums organised by the Inter-University Centre in Dubrovnik, Croatia. In 2007, as a guest, he attended a seminar held by Prof. Dr Otfried Höffe at the University of Tübingen, Germany.

In 2006, Dr Svetlič was employed at the Faculty of Humanities and at the Science and Research Centre of the University of Primorska. He held various offices at the faculty, inter alia, Vice Dean, Head of the Division of Philosophy, and Head of the Department of Law. In 2014, he was legal advisor to the Rector of the University. Since 2013, he has only been employed at the Science and Research Centre Koper, where he is currently Head of the Institute of Law and Chairman of the Commission for Ethical Issues.

The main characteristic of his approach to law is that he researches legal science – which today axiologically falls within the social sciences – through the lens of humanistic studies. The fact that law originally fell within the humanities is confirmed not only by the close connection that law has with philosophy, but also by the close connection that philosophy has with law: numerous philosophers, since Plato and his Republic onwards, have developed their conceptual apparatus precisely on the horizon of legal phenomena. A departure from the perspective of (merely) the social sciences enables a view of the law that goes beyond policymaking for managing society and places legal institutes in the framework of the broadest Western and European spiritual tradition that binds us. Such a view enables both an understanding of the role that legal institutes play in the structure of democratic culture and a holistic interpretation of such legal institutes.

In such manner, Dr Svetlič has approached the issues of legal decision-making, legal principles, legal interpretation, legal positivism, criminal sanctions, civil disobedience, totalitarianisms, differentiation between law and ethics, human rights, etc. He has published a series of scientific articles and five monographs of which he was the sole author. Therein, syntheses of his larger research projects are presented, among which the first was dedicated to the issue of the legitimation of coercion in the post-modern period. The legitimation of coercion is a prerequisite for legitimatising the law (i.e. a normative system with sanctions) as such, which in the post-modern period places legal theory in a new position due to the absence of a universal meta-discourse. The research demonstrated how also in such an environment it is possible to establish a normative system common to everyone without risking a return to (proto-)totalitarian concepts of law and state. The findings of the research were published in the monograph “Dve vprašanji sodobne etike” [“Two Questions of Modern Ethics”] (Založba Goga, 2003).

In his subsequent research series, Dr Svetlič addressed Ronald Dworkin’s theory and philosophy of law. The research focused on determining the relation between Dworkin’s teachings on legal interpretation and the continental hermeneutic tradition, which was presented in the monograph “Filozofija prava Ronalda Dworkina” [“The Philosophy of Law by Ronald Dworkin”] (Nova revija, 2008). Concurrently, he researched the issue of human rights, which he addressed in both chronological and conceptual ways. The findings of the research were published in the monograph “Filozofija človekovih pravic” [“Philosophy of Human Rights”] (Založba Annales, 2009). The following year, he published a university textbook entitled “Izbrana poglavja iz politične morale” [“Selected Chapters from Political Ethics”] (Univerzitetna založba – Koper 2010).

In 2015, the central national publishing house for the humanities (Slovenska matica) published his monograph “Prenašati bit sveta – ontologija prava in države” [To Endure the Being of the World – Ontology of Law and State], in the centre of which light is shed upon the reasons for the worrying affinity for violence that can be found in numerous modern criticisms of democracy and human rights. This monograph was also published in German (Königshausen-Neumann Verlag, 2019) and Croatian translations (Demetra, 2020). His latest research series is dedicated to the tension between two elements of the democratic organisation of coexistence, i.e. universal human rights and a particular state. He analysed the threat that (universal) human rights be placed in antagonism with the state (as a particular entity), which leads towards weakening state authorities and their inability to protect human rights. The findings of the described research series were published in the monograph “Sobivanje med univerzalnim in partikularnim” [“Coexistence of the Universal and the Particular”] (Annales, 2016).

In addition to performing research work, Dr Svetlič also lectures at the European Faculty of Law of the New University and at Institutum Studiorum Humanitatis of Alma Mater Europaea, where he was also employed. Furthermore, he is an evaluator at the Slovenian Quality Assurance Agency for Higher Education. He is also a member of the editorial board of the journals Poligrafi (Koper, Slovenia) and Revija za kriminologiju i krivično pravo (Beograd, Serbia), and of the publishing house Založba Goga.

He commenced duties as judge of the Constitutional Court on 10 November 2021.