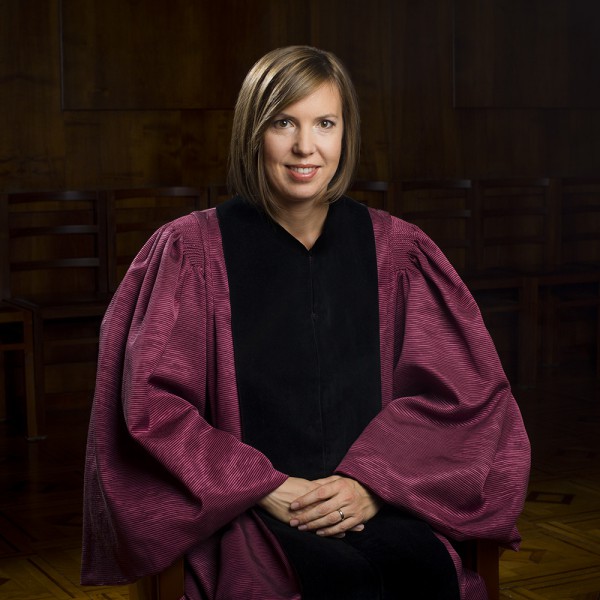 Dr Mežnar was born in 1976 in Celje. She graduated from the Faculty of Law of the University of Ljubljana in 1999. In 2000, she completed postgraduate specialist studies in European Communities law, and, in 2002, she obtained a Masters Degree in civil and commercial law. She passed the bar exam in 2003, and following the successful defence of her doctoral thesis entitled “Copyright in the Conflict Rules of Private International Law”, which she completed under the mentorship of Assist. Prof. Dr Miha Trampuž, she obtained a doctorate in law in 2004. In the following year, she received the “Young Lawyer of the Year” award from the Association of Lawyers of Slovenia for her thesis.

Between 1999 and 2008, she worked at the Faculty of Law of the University of Ljubljana as a young researcher, and subsequently as a teaching assistant and assistant professor lecturing on private international law, commercial law, intellectual property law, and law of obligations. She regularly attended courses abroad, for which she also received grants: in 2001, in the USA (Franklin Pierce Law Center: copyright law) and the Netherlands (The Netherlands School of Human Rights and Katholieke Universiteit Leuven: human rights); in 2002, in Finland (Åbo Akademi, Turku: international law) and the Netherlands (Hague Academy of International Law: private international law); and in 2003, in Germany (Deutsche Institution für Schiedsgerichtsbarkeit – DIS, Cologne: international commercial arbitration) and the Netherlands (University of Columbia and Universiteit van Amsterdam: US law). In 2006, as a Marie Curie Scholarship student she participated in the project “ Unfair Suretyship and European Contract Law” (Bremen, Germany).

In the years 2012–2015, she led a group of researchers from Slovenia, Croatia, and Serbia in the FP7 project “Tenancy Law and Housing Policy in Multi-Level Europe”. She is the author of several expert legal studies (Analysis of the Key Decisions of Slovene Courts concerning the Enforcement of Intellectual Property Rights, Pilot Field Study on the Functioning of the National Judicial Systems for the Application of Competition Law Rules, Study on Conveyancing Services Regulations in Europe).

Starting in 2007, she worked as an attorney, first for the Čeferin law firm (commercial law department), and then in 2015 for the Vrtačnik law firm. She specialises in the fields of contract, tort, and copyright law as well as the law of consumer protection and public procurement. She is an arbitrator at the Slovene Chamber of Commerce and Industry.

As a teacher and researcher at institutions of higher education, she has been working at the International School for Social and Business Studies in Celje since 2008. She is the author of numerous articles (her bibliography comprises over 100 entries in COBISS) and a regular lecturer at workshops for judges, attorneys, and other legal professionals.

She commenced duties as judge of the Constitutional Court on 31 October 2016.