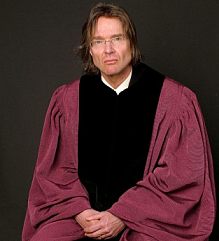 Jan Zobec graduated from the Faculty of Law of the University of Ljubljana in 1978. Thereafter he was employed as an intern at the District Court in Ljubljana. After he passed the state legal examination in 1981, he was elected judge of the Basic Court in Koper, and in 1985 judge of the Higher Court in Koper. Starting in the beginning of 1992 he was judge at the Higher Court in Ljubljana, where he was appointed senior higher court judge by the Judicial Council’s decision of 13 April 1995. In May 2003 he became a judge of the Supreme Court of the Republic of Slovenia. For all twenty-six years of his hitherto judicial career he worked in litigation and civil law departments, while as a Supreme Court judge he occasionally also participated in sessions of the business law panel. As an expert in civil law, he participated in drafting the first amendment to the Civil Procedure Act in 2002, and was the president of the working group that drafted the Act on the Amendment to the Civil Procedure Act. In 2006 he led the expert group working on the Institution of Appellate Hearings project. He has taken part in various Slovene as well as foreign professional meetings and seminars, and lectured to judges of the civil and business law departments of the higher courts on the topic of amendments to the civil procedure and reform of the appellate procedure. As a lecturer he has often participated in judicial school seminars for civil and business law departments. In 2003 he became a member of the state legal examination commission in civil law. His bibliography includes thirty-one publications, mainly in the field of civil (procedural) law, including, inter alia, as co-author, Pravdni postopek [The Civil Procedure – volumes 1 and 2 of a commentary on the Civil Procedure Act]. He commenced duties as a judge of the Constitutional Court on 27 March 2008.