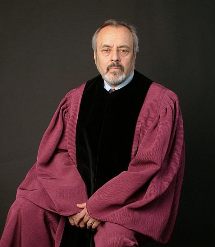 In the ILC he actively participates in the work on codification and progressive development of international law. He is member of the Advisory Committee on Nominations for the judges of the International Criminal Court.

Between 1967 and 1972 he was a member of the Slovene Government (the Executive Council), which was presided over by Stane Kavčič, in which Dr. Petrič was responsible for the areas of science and technology. Subsequent to 1989 he was the ambassador to India, the USA, and Austria, and the non-resident ambassador to Nepal, Mexico, and Brazil. He was a permanent representative/ambassador to the UN (New York) and to the IAEA, UNIDO, CTBTO, ODC, and OECD (Vienna). From 1997 to 2000 he was a state secretary at the Ministry of Foreign Affairs. In 2006 and 2007 he presided over the Council of Governors of the IAEA (International Atomic Energy Agency). During the time of his diplomatic service he also dealt with important issues of international law, such as state succession with regard to international organizations and treaties, border issues, and issues concerning human rights and minority rights.

He has published numerous articles and treatises in domestic and foreign professional journals, and six books, four in the field of international law (Mednarodno pravno varstvo manjšin [The International Legal Protection of Minorities], Pravica narodov do samoodločbe [The Right of Nations to Self-Determination], Pravni status slovenske manjšine v Italiji [The Legal Status of the Slovene Minority in Italy]) together with prof. M. Pogačnik [Izbrane teme mednarodnega prava (Selected Topics of International Law)], and a fundamental work on foreign policy: Zunanja politika – Osnove teorije in praksa [Foreign policy – The Basics of Theory and Practice, published also in English and Albanian]. He has contributed papers to numerous conferences and seminars. He still occasionally lectures on international law at the European Faculty of Law in Nova Gorica, the Faculty of Social Sciences in Ljubljana, and the Faculty of State and European Studies in Brdo near Kranj. He commenced duties as judge of the Constitutional Court on 25 April 2008. He was President of the Constitutional Court from 11 November 2010 until 10 November 2013.