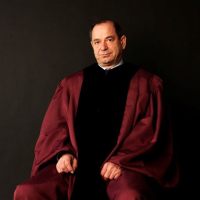 He has written numerous articles from the area of constitutional law and several monographs from this area (Elections and the Electoral System, The Parliament and the Government, Local Democracy, etc.), and as a co-author participated in several textbooks on constitutional law and many other expert and science books in Slovenia and abroad. By his contributions he participated in numerous scientific conferences and expert meetings in Slovenia and abroad. As an expert he is also a member of the committee of European experts for the area of local self-government at the Council of Europe and a member of the association of European experts for local self-government “ARCOLE”. Also, he takes part in the activities of the summer school on comparative constitutional review in Europe at the Faculty of Law in Trento, Italy.