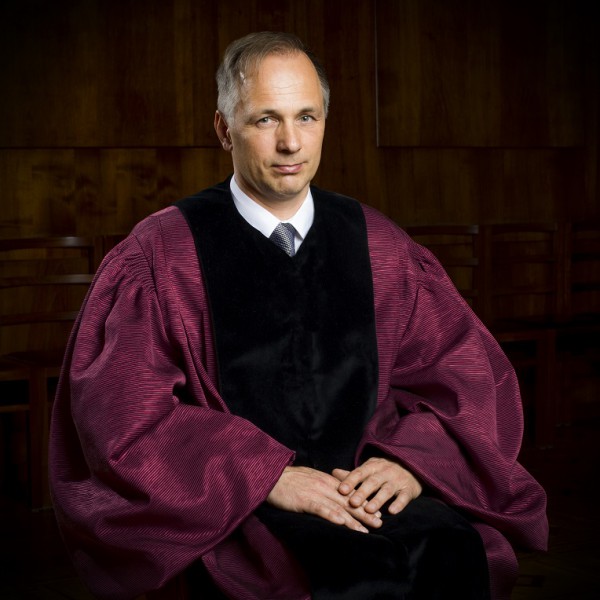 Between 2015 and 2017 he was also employed as a senior judicial advisor at the administrative department of the Supreme Court of the Republic of Slovenia, primarily working in the field of European Union law. This has enabled him to combine theory and practice and thus to integrate case law, judicial decision-making skills, and the procedures, organisation and functioning of the courts into the teaching process at the Faculty of Law of the University of Maribor.

As a visiting lecturer, he has occasionally lectured at the Faculties of Law of the Universities of Vienna (Juridicum), Graz, and Zagreb. Within the framework of co-operative programmes between universities and other projects, he has delivered individual guest lectures in Italy, Germany, Slovakia, Russia, Ukraine, Serbia, Macedonia, and Croatia.

He was in charge of a number of European Union Projects, namely Free Movement of Services and Workers – Slovenian Perspective under EC Rules and Effect of European Citizenship (2003), European Community Law in the Light of the Horizontal Direct Effect of Directives in Slovene Courts (2005), European Legal Studies – Jean Monnet Chair (2007), Balancing between Fundamental Rights and Internal Market Freedoms in European Union Law (2008), and most recently the Jean Monnet Centre of Excellence (2013–2017). He also holds the title of Jean Monnet Professor for lectures and research on European Union law.

He is the author of numerous scientific and scholarly articles, monographs, and commentaries on law. His works have been cited in opinions of the Advocate Generals of the Court of Justice of the European Union and in decisions of the Supreme Court and Constitutional Court of the Republic of Slovenia. In addition to pursuing his scientific work and research, he has participated in the drafting of regulations in the Republic of Slovenia, in particular regulations required by the European Union legislature to ensure the implementation of EU directives in national legislation.

He is the founder and conceptual leader of the Amicus Curiae project, which, at the time, entailed a new form of practical co-operation of students in open judicial proceedings under the mentorship of faculty staff. The project is a synergy of providing assistance to courts, acquainting students with the work of the courts, and engaging them in practical work and the application of law, with feedback for professors who thus gain concrete insight into case law. The idea was well received by some courts. After ten years, it outgrew the framework of the Faculty of Law of the University of Maribor and has since been implemented at other faculties and institutionalised.

He was a member of the Permanent Court of Arbitration in The Hague until 2017. Due to his term as a Constitutional Court judge, he no longer holds the office of an arbitrator at the Austrian VIAC (Vienna International Arbitral Centre), and for the same reason he is no longer a member of the Presidency of the Permanent Court of Arbitration at the Chamber of Commerce of Slovenia, the National Commission for Biomedically Assisted Procreation, or the Expert Council of the Republic of Slovenia for Nature Conservation. He was also a member of the High Council of the European University Institute in Florence and a member of the Council for Environmental Protection of the Republic of Slovenia. Between 2007 and 2011, he served as the Dean of the Faculty of Law of the University of Maribor.